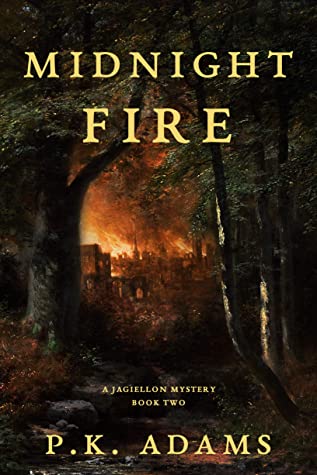 Midnight Fire, Book 2 of the Jagiellon Mystery series, marks the suspenseful return of Caterina Konarska to Poland, where she goes seeking medical care for her ailing son. Queen Bona Sforza is delighted to see Caterina again and agrees to arrange the requested medical care, but in return she demands that Caterina travel to the Duchy of Lithuania to dissuade the heir to the throne from undertaking a disastrous marriage.

Faced with this near-impossible task, Caterina arrives in Lithuania just as a puzzling series of murders strikes the ducal court. Can she find the murderer before the heir’s consort is killed? Will the murderer kill Caterina to stop her investigation?

Fans of Tudor-era and European historical fiction will love this book. I highly recommend Midnight Fire. 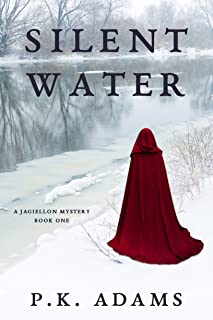 Silent Water is an engrossing historical mystery that focuses on a series of murders that grips the royal court of Krakow, Poland, in the year 1519. The book’s first-person protagonist is Contessa Caterina Sanseverino, chief Lady-in-Waiting to Queen Bona Sforza of Italy, who two years earlier had married King Zygmunt of Poland and Lithuania. Caterina keeps watchful vigil over the young girls who serve as the queen’s attendants, but she—and the court around her—are roiled by the discovery of a stabbing victim during the Christmas Night banquet.

The murder at first appears random, but as Christmas turns into the New Year, a second murder occurs. Clues point to the inner circle of Queen Bona, who is controversial not only for the agricultural reforms she is implementing, but for her hawkish advice on how to wage war against the kingdom’s Teutonic and Crimean enemies. At Bona’s request, Caterina sets out to investigate. As her investigation takes her from the castle’s rat-infested dungeon to its kitchen storerooms, she is aided by Sebastian Konarski, a junior secretary to King Zygmunt.

I was particularly intrigued by the book’s setting in 16th-century Poland and how it contrasts the customs of the Polish court with those of the Duchy of Bari, Italy, where Caterina grew up. The book touches on so many fascinating themes, including the religious discord fostered by Martin Luther and his edicts. Also, the book illustrates the many limitations on women’s roles during this era in Poland, which makes Caterina’s bravery and willingness to transgress those limitations exciting. Caterina’s intelligence and inquisitiveness mirror the best qualities of the queen she serves and makes her a strong protagonist, one whom I would follow into the twisty depths of any medieval jail.

Fans of historical mysteries, particularly those of the Tudor period in England, will love Silent Water and appreciate its unique setting in the royal court in Krakow. I highly recommend Silent Water and am eager to read future books in the Jagiellon series. 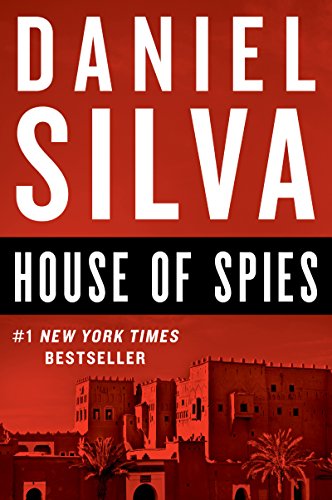 I bought House of Spies because it won Kirkus Best Book of the Year—and I am thrilled that I did. The book deserves the award and the bestselling status it has enjoyed

House of Spies is the only book I have read (so far!) in Daniel Silva’s Gabriel Allon series, and I am hooked by the strong characterization, the sense of danger, and the tenuousness of the lives that Israeli spy chief—and ostensible art restorer—Gabriel Allon seeks to protect. The plot centers on capturing the Iraqi terrorist Saladin, who has perpetrated a series of deadly attacks on western cities that have scarred national treasures like The Lincoln Monument. A committed jihadist, Saladin seeks to install a caliphate that will destroy the very freedoms those monuments celebrate.

I especially loved the various settings of the novel, which take the reader from London to Provence and Marseilles and, in the climactic scenes, to the Berber lands of Morocco. Any book that has me drinking tea at sunset in a Bedouin tent in the Middle Atlas Mountains is going to enthrall me.

One caveat: other reviewers have criticized the repeated sentences, which should have been edited out. I agree, but these were minor foibles in an otherwise strong narrative.

Fans of spy novels will love this book. 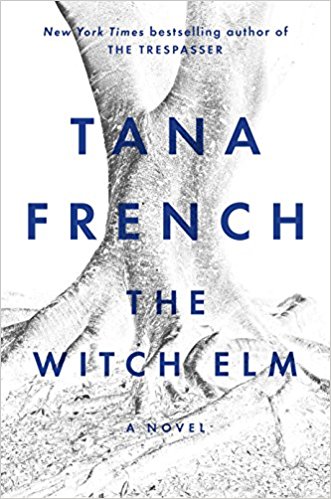 The Witch Elm, a psychological suspense novel set in Ireland, upturns its author’s preoccupation with how the Dublin Murder Squad nabs a killer; instead, it focuses on a shallow, self-absorbed young man, who comes to believe himself guilty of murder—and the evil he inflicts when slammed with that knowledge. Like a feral cat toying with food, Tana French reveals all the little deceits and treacheries that build on one another to produce a corpse rotting in an elm tree.

Toby Hennessy views himself as a lucky man. He was born to wealthy, Anglo-Irish parents, is good-looking, did well in school, and has spent his childhood summers playing with his cousins, Susanna and Leon, in Elm House, their Uncle Hugo’s expansive home. Now in his late 20’s, he has a flashy job in a Dublin art gallery, a BMW and a gold watch, and an apartment that his parents helped buy. He’s also dating Melissa, a sweet woman whose nurturing nature serves him well when he is grievously injured during a burglary.

Struggling with a droopy eyelid, a faulty memory, and a bad limp, Toby returns to Elm House to nurse both himself and Uncle Hugo, who is dying from brain cancer. For a few weeks, he enjoys a rebirth of the golden summers of his childhood, helping Uncle Hugo with his genealogical research, healing, and reconnecting with Susanna and Leon, who had—for reasons unremarked by him—broken off their friendship years earlier.

The idyll ends when a playing child makes a gruesome discovery: a skeleton stuffed inside an elm tree in Uncle Hugo’s back garden. The police investigate and quickly determine that the body is not some random victim of Ireland’s civil war, but Dominic Ganly, a teenager who was thought to have committed suicide ten years earlier.

Like a garrote squeezing a bully’s neck, the police zero in on Toby; out of self-interest, he had failed to confide in them a disreputable scheme he concocted at the art gallery, which they suspect as the reason for the burglary that left him with post-traumatic stress disorder. Under the police’s growing pressure, Susanna, whom Toby had always dismissed as the quintessential “good girl,” confides that she sees herself as ruthless—and that she has acted on that ruthlessness. While stoned, Leon screams the real reason for the break in their friendship: Toby had ignored and dismissed tortures Dominic had inflicted on both the cousins. How these revelations play out results in some seriously cold-hearted scenes.

Two caveats: this is a gloomy book. French’s description of the symptoms of a head injury almost had me believing burglars had bashed my head in with a candlestick. Also, Toby’s poor memory begged credulity; even before his concussion he couldn’t remember anything except the fun that he had when younger. Anything that impacts negatively on his self-image, like the casual cruelty he had wielded against his cousins, is quickly forgotten.

The Witch Elm illuminates the determining nature of one’s self-image, through the luck that Toby sees as the very essence of his character. With his luck depleted, he is forced to confront the reality that he is no better than the track-suited skangers whom he continuously derides.

Readers of Liz Nugent’s Unraveling Oliver will love this book.

I read Telling Tales because I am a fan of Shetland, the BBC television show based on the novels of Ann Cleeves.

If you love crime writing—and I do, then you’ll enjoy Cleves’ Vera Stanhope series. Vera Stanhope is a sharp-witted Inspector on the Northumbria police who relishes in eavesdropping, enjoys drinking, suffers from eczema, wears shapeless dresses and sandals—and evinces occasional flashes of bitterness over her lack of a man. She thrives in the hills of northern England but develops claustrophobia in the flatlands surrounding the prosperous village of Elvet, where she is sent to investigate a long-solved murder case.

Jeanie Long, convicted ten years earlier for the murder of 15-year-old Abigail Mantel, has hung herself in the Spinney Fen women’s prison, after alienating even the other prisoners with her constant protestations of innocence. Vera’s assignment is to determine if police ineptitude resulted in Jeanie’s wrongful conviction and subsequent suicide.

Within days of her arrival, Vera’s abrasiveness pisses off the local police force and demonstrates the flaws in their earlier investigation. If Jeanie didn’t kill Abigail, Vera must find out who did, and the list of potential suspects only worsens her discomfort with the villagers.  The local potter—one of the original investigators, who suffered a nervous breakdown over the case and left the force, becomes the object of both Vera’s romantic interest and her suspicions. Emma, Abigail’s constant companion and frenemy, comes under scrutiny for finding the body immediately after the murder and for her stalkerish attraction to the potter. Even Emma’s father, Robert, appears too saint-like for a man who fled his former home in York under mysterious circumstances.

My only reservation about the book was there wasn’t much character development of the murderer and there were a lot of unresolved story lines. I was especially disinterested in the story of Michael, the father of Jeanie. The character of Vera jumped off the page and I wanted Cleeves to maintain the story from her perspective.

Fans of British crime fiction will love this book. I did and am eager to read The Crow Trap, the first book in the series.